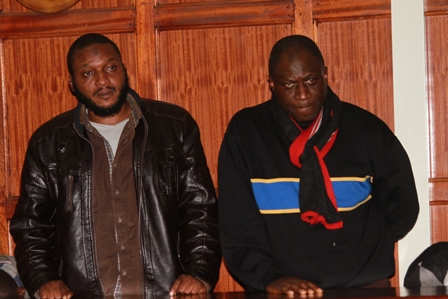 Mohammed Sani Alias Dr.Mustafa, a Niger National and Ousman Ibrahim Bako, a Cameroon National appeared before Chief Magistrate Daniel Ogembo and denied the charges.
The two were also charged with being in possession of Instruments of forgery namely; two scanners, two bottles of iodine substance for producing figures and marks used in making US Dollars and Euro currency notes.

The prosecution opposed their release on bail on grounds that there are suspects at large being sought and believed to be within and outside the country.